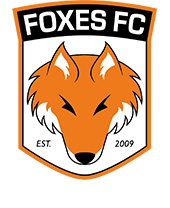 Over the past decade, we have grown to become one of London’s premier grassroots football clubs – our league teams, ranging from U6 to U16 age groups, compete in the Middlesex Youth League, Harrow Youth League, and Camden & Regent’s Park Youth League.

In addition to league teams, we also run a successful Development Squad programme, a Girls Team, our own 5-a-side leagues and compete in domestic and international youth football tournaments.

Our Latin motto for Foxes FC is ‘Excellentia Vincit’ – Excellence wins, as the mindset and practice of being excellent with passion and dedication underpins everything we do. Follow our journey!

We have successfully attained the England Football Accreditation status, passing the FA’s stringent criteria by demonstrating high football standards. Foxes FC has also received recognition from the leagues we compete in, having attained their awards for excellence in governance and management of our teams and meeting regulatory requirements.