A successful season for the Club has accumulated in our Foxes FC U14 team in becoming the Middlesex Youth Football League and Cup double champions on Sunday 19th May, 2019.

The Foxes played the Middlesex Youth Cup Final against Hillingdon Abbotts U14. The match was eventful with both teams putting on a great display, with lots of goal-scoring opportunities created.

The Foxes took the lead mid-way through the first half as an incisive counter attack resulted in the ball falling to Zach, who cut in from the left past two players before expertly finishing with the outside of his foot past the goalkeeper into the bottom corner to give the Foxes a 1-0 lead.

Both teams continued to create chances with Foxes almost adding a second goal with Finn’s header being cleared off the line. But the Foxes soon got their second goal as the end of the half approached.

Paul made a fantastic mazy run down the left-hand side of the pitch, which resulted in him cutting in and striking his shot against the post. Fortunately, Zach was on hand to poke home the rebound to give the Foxes a 2-0 lead going into half-time.

Strong words of encouragement and to keep playing their game was the message from coach Shaun at half-time, and the boys started the second half with a quick-fire third goal from Andrey as he delicately lobbed the goalkeeper to make it 3-0.

Chances came and went for both teams but the Foxes were always in control of the game. A few minutes before the end, Hillingdon Abbotts got a deserved consolation goal as a Foxes defensive mix-up allowed their striker to score. The Foxes held out in the last couple of minutes to emerge victorious as the final whistle sounded.

The players and crowd gave an enormous cheer as Foxes FC players hugged each other as they realised the full feat of their achievements. To win the cup was a great achievement to follow on from their league win a couple of weeks ago, when the Foxes confirmed their league victory with a 5-2 win over Abbey FC on the 5th May 2019. All the players had put in a fantastic performance, and this was a great reward for all their efforts this season.

A huge congratulations to the boys and coach Shaun from everyone at Foxes FC, and we look forward to continuing the success next season! 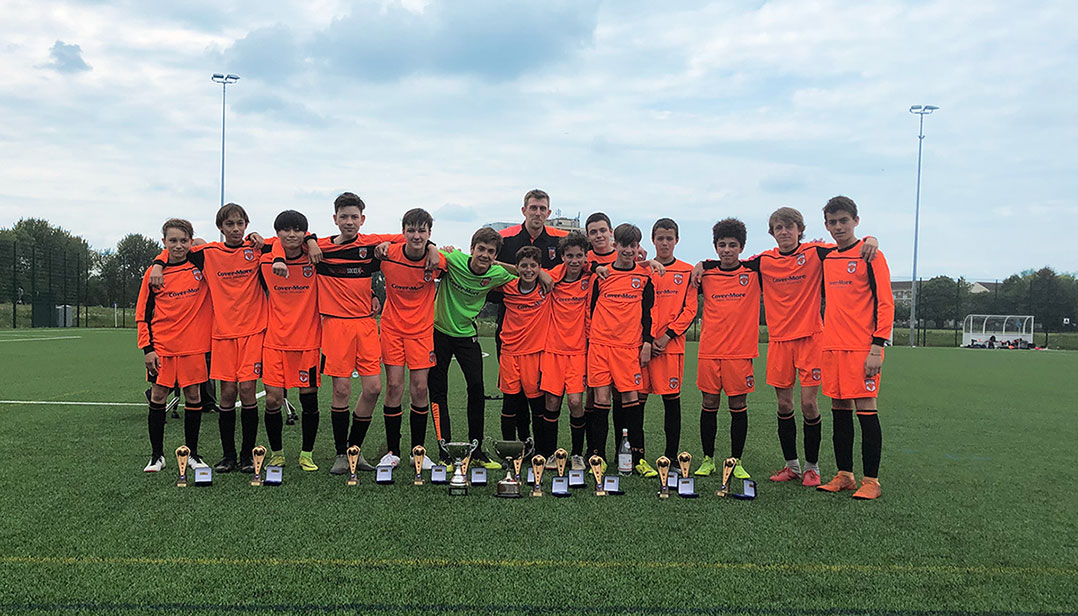